The Bold And The Beautiful Spoiler Rumors suggest that Dr. John Finn Finnegan (Tanner Nowlan) could be involved with one of the show’s most prominent families. Finn and Steffy Forrester (Jacqueline MacInnes Wood) will be back soon. The engaged couple have a lot to look forward to with the birth of their baby and their upcoming wedding. 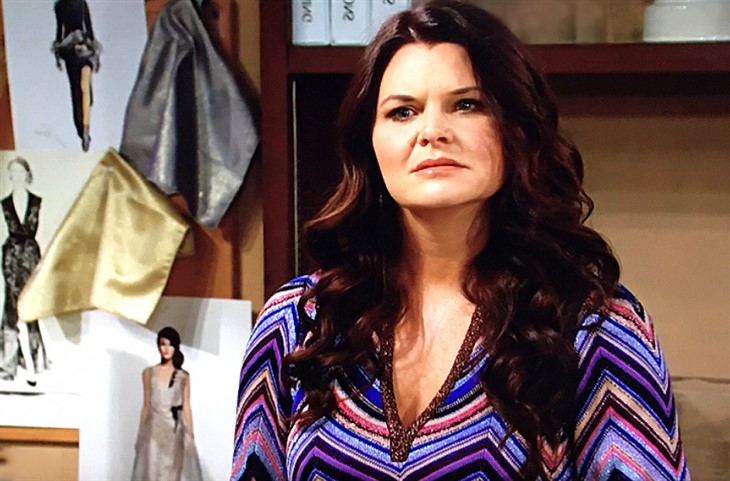 But that’s not all that awaits them. Finn’s past is revealed, including the identity of his mother, who fans already know.

Rumor has it that Finn’s mother is already on the show. There’s been a lot of speculation about which woman is connected to Finn. Of course, Quinn Fuller (Rena Sofer) and Shauna Fulton (Denise Richards) are the main candidates.

While Quinn and Shauna seem like obvious choices, B&B could choose someone else. Given how often new characters are paired with a familiar family, it’s not surprising that this is the case for Finn.

Of all the families, the Logans seem to be the leading candidates. So which one of Logan’s wives ends up being Finn’s mother?

Brooke Logan (Katherine Kelly Lang) as Finn’s mother would be a big shock and bring tension to Brooke’s current feud with Steffy. But since Brooke already has too many kids, the show won’t be adding another.

Donna Logan (Jennifer Gareis) has already had a secret child, so it seems unlikely that the show will repeat the plot with her. With Brooke and Donna out of the picture, Katie Logan (Heather Tom) is left as Finn’s mother.

Katie, as Finn’s mother, would have given the character a plot. Not many people have seen her on screen, although the series is pushing for a reunion with her ex-husband Bill Spencer (Don Diamont).

The revelation that Katie has a secret child will raise many questions. Since Katie is the main character, B&B fans know just about everything about her. And yet, like all soap opera characters, she has her secrets.

Katie hasn’t been on the show in years. No one knows what happened while she was away from Los Angeles. It’s possible she had a baby and didn’t tell anyone. The question of why she left her child behind is one that will be answered.

Bold and beautiful spoilers: Hope rejects Liam after she discovers he’s a killer and turns to Thomas #BB #boldandbeautifulhttps://t.co/mwtYlEtDvV

The fact that Katie and Finn are paired up is going to affect a lot of people. Steffy and her new stepmother have a long history of falling in love with Bill. The two women threaten to resume their rivalry when Katie learns that Steffy is Finn’s fiancé.

In addition, Katie’s secret will affect her relationship with Bill. After the breakup, they begin to reunite, but when they hear of Katie’s long-lost son, Bill becomes enraged. He will feel betrayed by the fact that she hid it from him. And given the rivalry between Finn and his son Liam Spencer (Scott Clifton), Bill won’t be very receptive to his new stepson.

Don’t forget to get involved with the B&B now. Come back here regularly for spoilers, news and updates from Bold and Beautiful.

The 20 Richest Fashion Designers in the World (Updated 2021)

The 20 Richest Fashion Designers in the World (Updated 2021)